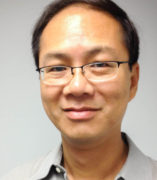 His current research focuses on intersections of the cultural and economic fields, as these are alternatively construed in the sociological and anthropological traditions, and how they can help to illuminate the intertwining dynamics of race and class in Asian American literary production, as well as the role of cultural production in current struggles over economic relations.