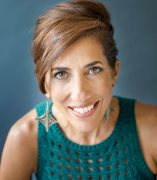 Nadine Naber received her PhD in Cultural Anthropology at the University of California, Davis. She is a Professor in the Gender and Women's Studies Program and the Global Asian Studies Program and holds an affiliation with the Department of Anthropology at the University of Illinois, Chicago. At UIC, she is the co-principal investigator of the Diaspora Cluster. She is a member of the executive committee of the Institute for Research on Race and Public Policy and the steering committee of the Social Justice Initiative. Nadine came to the University of Illinois from the University of Michigan, Ann Arbor where she co-founded Arab and Muslim American Studies (an Ethnic Studies unit within the Program in American Culture).  Nadine’s research interests lie at the intersections of transnational feminisms; women of color and queer of color theory; de-colonizing feminisms; empire studies; critical race studies; and Middle East Studies; and Arab American Studies. Drawing upon these fields, Nadine’s research theorizes the racialization of Arab and Muslim Americans within the contexts of empire and diaspora and has sought to answer the following question: How can Arab American Studies respond to Orientalism and tackle sexism, homophobia, and racism in ways that neither reinscribe Arab-bashing nor engage in Orientalism? Nadine’s current book in progress, Ending Violence is a transnational feminist ethnography focusing on feminist and queer activism in Beirut, Cairo, Chicago, and Detroit and the ways gendered and sexualized state violence in Arab homelands and diasporas magnify one another and take place within a similar spatial-temporal imperial context.

Recently, Nadine has served as a Human Rights Faculty Fellow within the University of Michigan's Center for International and Comparative Studies (2011 and 2012). She was the recipient of the Global Challenges for a Third Century award from the University of Michigan (2013). Nadine received the Institute for Policy and Civic Engagement's Public Discourse award (2013-2014) and was a faculty fellow with the Great Cities Institute (UIC) (2014-2015). In 2015, she received the University of Washington, Department of Women’s Studies Earl and Edna Stice Social Justice Award (2015). In 2015, she served as an expert author for the United Nations Economic and Social Council of West Asia (UNESCWA) and became a distinguished speaker for the American Studies Association. She is currently a recipient of the Policy and Social Engagement Fellowship from the Institute for Research on Race and Public Policy (2015-2016). Nadine Naber was selected as an International Fellow with the Open Society Foundation’s Academic Fellowship Program to work with the Institute of Women’s Studies at Birzeit University in Palestine in the areas of curriculum and research development (2013-2016).