The Global Asian Studies Program emphasizes the study of Asian and Asian American histories, culture, and politics, while interrogating the frames within which analyses have traditionally been located. Asian Studies has traditionally fallen under the rubric of area studies, which comes with a range of conceptual and politico-historical problems stemming from its roots in colonial era knowledge projects and Cold War politics, while Asian American Studies, which began under the umbrella of ethnic studies, was dogged by its own nationalist framings, leading the field to defensively confine itself within American national, cultural, and historical borders. Responding to the limits of these projects and a “globalization” discourse that calls for new forms of knowledge production, the Global Asian Studies Program at UIC aims to address the shortcomings in both these paradigms and emphasize Asian diasporas, transnationalism, and globalization. It also reflects a field that has continually expanded and transformed in relation to new immigration patterns and historical shifts in U.S. racial formations, including, most recently, phenomena such as Islamaphobia, new Orientalisms, and anti-Arab/South Asian/Muslim racisms. 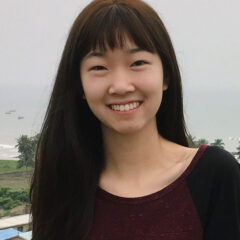 “Without a doubt, I believe that taking on a minor in Global Asian Studies was the best academic decision I made during my undergraduate career at UIC. As a Biology major on the pre-med track, I found myself desperate to learn more about the world beyond my STEM bubble… I was thoroughly intrigued by the variety of courses and topics offered, ranging from Hip Hop classes to studies of the non-violence strategies of Gandhi and Martin Luther King. I was drawn to the colorful mix of history, literature, sociology, and ethnic studies that this minor provided.”