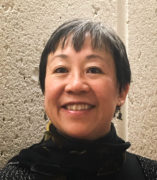 Karen Su serves as the Principal Investigator and Project Director of the UIC AANAPISI Initiative. The Initiative encompasses a total of four grants spanning from 2010-2026, providing $7.1 million to support the enhancement of programs and activities that improve the educational outcomes and experiences of Asian American, Pacific Islander, English language learner, and low-income undergraduate students at UIC. The UIC AANAPISI Initiative is fully funded by the U.S. Department of Education's Asian American and Native American Pacific Islander Serving Institutions Minority Serving Institutions grant program.

In her creative work, Prof. Su focuses on children’s picture books featuring Asian American life stories. She was awarded the 2022 Many Voices Prize by the Society of Children's Book Writers and Illustrators Illinois. In 2018, she was selected to be a nonfiction mentee for the We Need Diverse Books mentorship program and she was chosen to be part of a mentorship group led by award-winning children's book author Maya Gonzalez in 2017.

Prof. Su has been at UIC since 2004 and was the founding director of the Asian American Resource and Cultural Center (AARCC). She established many of the first Asian American Studies initiatives through AARCC before ASAM became an official program in 2010, such as the Introduction to Asian American Studies course, the ASAM Advisory Board, ASAM Lecture Series, ASAM Knowledge Bowl, and ASAM Expo. Prof. Su has been recognized for her service to UIC with the Award of Merit in 2008, the Chancellor’s Academic Professional Excellence (CAPE) Award in 2010, and the College of Liberal Arts and Sciences Service Award in 2022.